In reversing a Trial Court in Bakersfield, Kern County, California, an Appellate Court has ruled that Trial Court was wrong by allowing depreciation deductions taken on equipment and other assets used in the self-employed Father’s businesses, as listed on his income tax returns, to reduce the amount of his income available for child support and by assuming that the income and expenses reported on Father’s tax returns were correct and thus, placing the burden on Mother to show that Father’s tax returns were incorrect. In the case of In re Marriage of Hein, Mother earned $9,086 per month as a physical therapist working three days a week during the marriage. Father was self-employed as a farm owner and manager and was the sole shareholder and president of two corporations. The assets of the corporations included four ranches totaling 110 acres and Father managed more than 6,000 acres of trees and vines. Father also owned other companies and real estate. He reported wages and salaries of $7,760 per month on his income tax returns.

Mother filed for divorce in May 2003, and their divorce judgment was filed in November 2004. Itincluded provisions for joint custody of their two daughters and did not order either parent to paychild support.

On February 28, 2014, Mother filed a request for modification of child custody and child support and for attorney’s fees and costs. After several days of trial, Trial Court issued a statement of decision that, among other things, determined that it was appropriate to reduce from Father’s gross income depreciation deductions taken by the two corporations on equipment and other assets used in the businesses, that Father’s federal tax returns were presumed correct, and that Mother had the burden of showing that the returns were incorrect. Trial Court also rejected Mother’s request for attorney’s fees, finding that an award would not be appropriate because there was no disparity in the parties’ incomes.

Claiming that Trial Court erred by allowing depreciation deductions to reduce Father’s income available for child support and placing the burden on her to rebut the presumption of correctness of Father’s tax returns, Mother appealed, and in a partially published opinion, California Court ofAppeals has now reversed Trial Court’s decision and has sent the case back to Trial Court for further proceedings consistent with its decision.

The Court of Appeals has ruled that (1) there is no reason to depart from treatment of depreciation deductions in Asfaw (2007) 147 Cal.App.4th 1407, [deduction for depreciation of rental property

is not appropriate] and Rodriguez (2018) 23 Cal.App.5th 625 [deduction for depreciation of motor vehicles is not expenditure required for operation of business and not deducted from income available for child support] in determining whether depreciation for equipment and other assets used in self-employed parent’s businesses should be deducted from income available to Father for child support purposes; (2) Trial Court erred in reducing Father’s available income for child support purposes by allowing depreciation deductions taken on his income tax returns; (3) Trial Court also erred by placing burden of proof on Mother to show that Father’s tax returns were incorrect (Father has greater knowledge of the facts regarding his businesses and expenses and has control over his business financial records); and (4) on these facts, the presumption that Father’s tax returns were correct does not apply. Therefore, the Court of Appeals has reversed and remanded the case back toTrial Court for further proceedings in line with this opinion.

In the unpublished parts of the opinion, the Court of Appeals has vacates Trial Court’s denial of attorney’s fees for Mother and declines to decide Mother’s other issues. 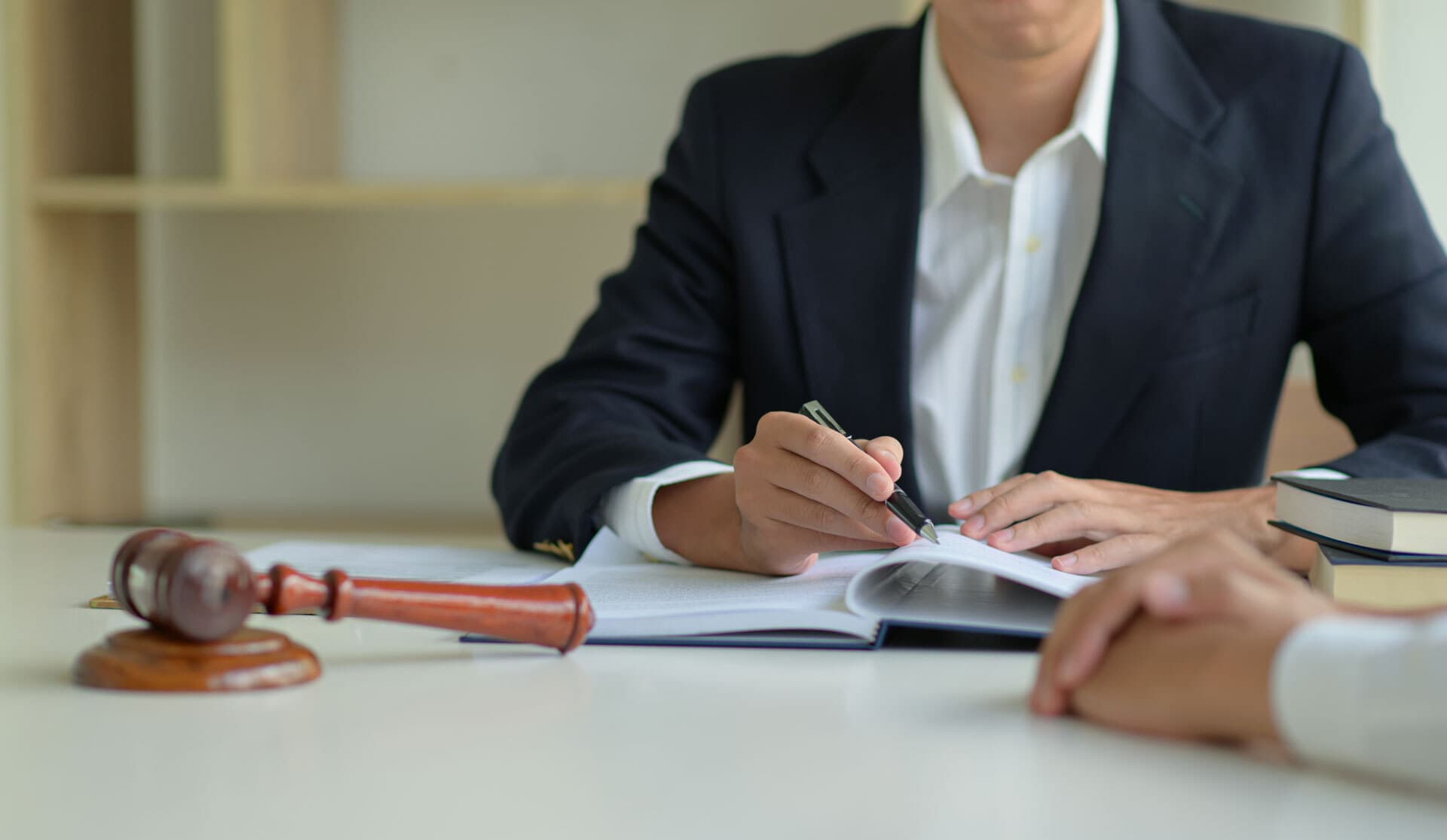 Going through a divorce can be stressful. It’s stressful for the couple, for their families, and for any children involved. It’s often one of the most stressful events a person can experience in their life. And for those going through their first divorce, the process can seem daunting and complicated. On top of all that, there is an emotional side to divorce. There are ties being cut that have worked their way through many areas of your life and cutting or rewiring those ties is an emotional upheaval.

As you begin navigating through the process of your divorce, you don’t have to guess and hope that you understand it all. In this guide we will walk you through the different stages, steps, and processes to finalize your divorce in the state of California. Let yourself process your emotions and leave some of the stress on the table by gaining a better understanding of the next phase of your divorce.

Hopefully both of you are on the same page and agree that it’s time to start the process of divorce. The first hurdle to cross is admitting that to yourself and picking the right lawyer for you. Once lawyers are involved, one of the parties will need to have their lawyer write a petition – a legal document stating why that side is requesting a divorce and how they want to settle things like finances and custody. This party becomes known as the petitioner.

Step 2: Making it official with the court

With the petition written up, the lawyer writing it files it with the court. At that point, the lawyer or the court will follow through with informing the other party – the respondent – by serving them the petition along with a summons. This requires the spouse to respond.

The date the petition is served is important when filing for divorce in California. For California divorce proceedings, there is a six-month waiting period for a filer’s status to change from married to single. Not all divorce proceedings will take the full six months and some can take significantly longer. But you can not file taxes separately or remarry before the six months are over. Once the petition is served to the respondent, the six-month waiting period begins.

Step 3: Getting the response

At this point, the ball is somewhat in the respondent’s court. Once they have been served the petition and the summons, they have 30 days to respond in the state of California. There are cases where the petitioner’s lawyer can allow an extended amount of time for response. The response will be either their agreement with the petition or their refusal. Either position they take on the petition will count as a response.

If the spouse doesn’t respond at all, the court will default to the assumption that the respondent agrees with the petition. How the spouse answers regarding the petition will determine how the rest of the divorce process goes. Ideally, the spouse would be in agreement, though that doesn’t always happen.

If support and custody are an issue to be decided in the divorce filing, then a Request for Order will also need to be filed (RFO). The RFO can speed up the timeframe of the hearing so that custody, support, or restraining orders can be made or resolved. Also specific to custody disputes, a Custody Mediation will be required. The Custody Mediation needs to be completed before the first hearing. If either party does not attend, the court can issue fines, sanctions, or orders against them.

Once both parties have been notified of the Custody Mediation and the hearing date, they must both confirm with the court. To do this, they must call the clerk at the court they will attend.

Step 4: The exchange of documents

Now that both parties are aware of the petition and any responses have been received, the spouses are asked to exchange a set of important documents relating to the issues in the petition. These include documents about property and income. It’s with these types of documents that future decisions will be made by the court regarding child support, alimony, and how to divide up property and debt.

In California, both parties are required to complete the mandatory disclosures, or “Preliminary and Final Declarations of Disclosure,” before settlement or trial.

In many cases, couples will have the chance to voluntarily enter into mediation and settlement. This would allow them to sit down and resolve their issues regarding property, child support, alimony, and custody without continuing into a lengthier court battle.

If a couple is able to reach a settlement during mediation, the agreement will be presented to a judge during an informal hearing. During this hearing, the couple will be asked a few basic questions. They will also be asked whether or not they both understand and want to sign the settlement they are agreeing to.

If both parties are able to come to agreement about all areas of concern within the divorce filing, the attorneys will prepare a Settlement Agreement to present to the court. Depending on how friendly the settlement is, the agreement can be made before the end of the six-month waiting period. While this may be the end of meetings, mediations and discussions, the official granting of the divorce will not happen until that waiting period is up.

If the couple isn’t able to come to an agreement, the case will go to trial.

Step 6: To trial or not to trial

If the judge does NOT approve the settlement agreement – or if the couple wasn’t able to come to an agreement during mediation – the case will proceed to a trial.

During a trial, the attorneys representing both sides will present arguments accompanied with any evidence (including live testimony by witnesses) they have related to the unresolved issues. This would apply to child custody and visitation, child and spousal support, and any division of the property. After the evidence and arguments are presented, the presiding judge will make their decision and the divorce will be granted, assuming the six-month waiting period is over.

At this point, the process is complete unless one side chooses to appeal the judge’s decision. Either side can make an appeal which would take the decision to a higher court. It’s important to note that it’s unlikely an appeals court would overturn a judge’s decision. It’s also important to note that if both spouses agree to settlement terms, the agreement usually cannot be appealed.

Also, the division doesn’t necessarily mean it will be exactly 50/50 on everything. For example, one party could take the proceeds from selling a home while the other receives assets or property of an equal value. The same type of division happens with debt.

The divorce process can take anywhere from a few months to sometimes several years. The length of time that your individual divorce process will take depends largely on how well you and your spouse can cooperate and compromise with each other. The more a couple works together toward a resolution, the faster the divorce proceedings can go. Grievances and other complications may play a role in the length of time it takes for your divorce decree to be issued.

Additionally, it’s important to remember that regardless of even the most amicable settlement, a divorce can not be officially granted in the state of California until the end of the six-month waiting period.

For those considering a divorce:

Deciding it’s time to consider divorce is a difficult decision and coming to that conclusion can be overwhelming. Follow the advice of your lawyer and remember your end goal through the proceedings. With the help of family, friends, and a caring legal representative, you can emerge from the process with a new outlook and a new life.
For comprehensive representation in divorce or domestic dissolution, call Azemika & Azemika Law – Bakersfield divorce lawyers and Kern County family law attorneys. We will fight for and protect you and your family during the separation and divorce process. Contact us today and let us focus on your family so you can focus on the future.