A California Appellate Court has ruled that a Trial Court did not err in concluding that Mothers claim for child support arrearages did not have priority over the restitution claims of Fathers white-collar crime victims against the same assets; Mother failed to establish that she had legitimately acquired an interest in Fathers frozen assets or that she was an innocent spouse. In the case of People v. Mozes, Mother and Father started an Adoption International Program (AIP) during their marriage, which posted photos of adoptable children from Russia, Ukraine, or Kazakhstan on its website. Between 2001 and 2004, Mother acted as president and executive director of AIP, sat on its board of directors, and “oversaw all aspects” of AIP. Father was active in its operation. After Mother stepped down as President and Executive Director of AIP, she remained on its board and involved in its operations.

Prospective adoptive parents (PAPs) who found a child they wished to adopt would “pay AIP thousands of dollars” for assistance in the adoption. Father frequently assured PAPs that their selected child was available and on hold for them until adoption was completed. However, after PAPs became attached to their selected child and spent considerable time and effort to adopt him or her, they often learned that the child was no longer available. In one such instance in 2005, PAPs made plans to travel to Kazakhstan to meet their selected child, but found out that the child had been placed in South Africa weeks before. When PAPs sent letter to AIP, calling its operation a “fraudulent scam or gross negligence,” Mother quickly responded that a mistake was made in the Ministry, assured them of a refund, and urged them to take a look at another child who would soon be posted on the website.

Sometime later in 2005, Mother and Father began living in separate parts of their Montecito home. Mother filed for divorce in July of 2006. Father operated AIP until July 22, 2007, when he suddenly left California with the AIP computer after cleaning out the funds in AIPs accounts to the tune of between $135,000 and $152,000. Mother learned that he had absconded when Fathers sister gave her a note from Father, telling her to sell the Montecito house and use the proceeds to pay his debts. Mother was left to wind up the business and place its clients with other agencies.

On December 29, 2008, Florida authorities arrested Father and seized his assets, including currency and gold coins (bought between July 2007, and September 2008) worth more than $300,000. On March 24, 2009, DA filed an amended complaint charging Father with 59 counts of theft by false pretenses, plus aggravated white-collar crime allegation as to each count. In addition, DA filed a petition to preserve Fathers assets, subject to levy or seizure under California Penal Code Section 186.11(a)(3).

On March 24,2008, Trial Court issued a protective order, directing placement of cash and equivalent assets in an interest-bearing trust account and coins in a safe deposit box. On July 2, 2009, as part of a plea bargain, Father pled guilty to 17 felony counts of theft by false pretenses, admitted white-collar crime allegations, and agreed to pay restitution totaling $746,000 and to release his interest in the seized assets.

On July 14, 2009, after DA filed a request for distribution of seized assets to Fathers victims, Mother filed an objection to the distribution, asserting that her claims for child and spousal-support arrearages had priority over victims claims. Mother followed up with a notice of judgment lien, claiming that Father owed $304,000 on the divorce judgment.

On July 22, 2009, Family Law Trial Court issued a writ of execution for child-support arrearages of $166,000, plus interest, which Sheriff served on DA on July 23, 2009. Mother then contacted Department of Child Support Services (DCSS) to report unpaid child support. Meanwhile, Mother used the funds from the community property account to pay her attorneys fees and costs, and Fathers obligation for reimbursement, credits, and breach of fiduciary duty.

At the August 14, 2009, hearing on Mothers claim for seized assets, Mothers attorney asked Trial Court to allow DCSS to speak, but Trial Court refused that request as untimely. After further hearings on various dates, Trial Court issued a written decision, finding that Mother did not have legitimately acquired interest in Fathers frozen assets and was not an innocent spouse. Concluding that the child-support claim did not have priority over the restitution claims, Trial Court ordered Fathers assets distributed to the victims.

Claiming that Trial Court erred by failing to give child-support claim priority over restitution claims, Mother appealed. The California Appellate Court, however, has not affirmed Trial Courts decision. Deciding a case of first impression, the Appellate Court has ruled that (1) a third party who files a claim to frozen assets in white-collar crime case must show that he or she was innocent (not involved in the commission of criminal activity) and that assets are “neither a product of the defendants criminal activity nor otherwise actually owned by the defendant”; (2) facts do not support Mothers claim to legitimately acquired interest in frozen assets or that she was an innocent spouse not involved in Fathers criminal activity; (3) California Penal Code Section 186.11 which is specifically aimed at preserving victims claims to restitution, prevails over California Penal Code Section 1202.4, a more general restitution statute, and does not require Trial Court to give priority to child-support claims; (4) giving priority to child-support claims where the claimant cannot show that he or she is an innocent third party would lead to absurd result of favoring that claimant over victims with legitimately acquired interest in the assets; and (5) Trial Court did not err by denying DCSSs request to speak at the hearing because that denial was without prejudice and DCSS was free to file appropriate documentation, but failed to do so. 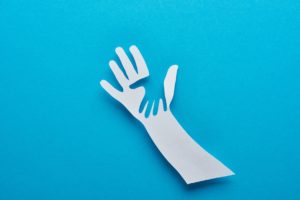 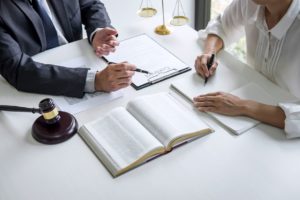 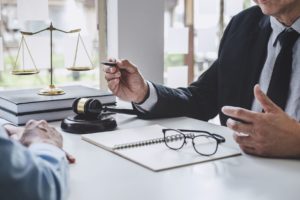