How Does a Child’s Preference Affect a Child Custody Case?

Child custody cases are often confusing and distressing. There’s a lot of misinformation surrounding them online, especially with regard to how custody determinations are made. In addition, laws vary from state to state, and these bear weight differently in certain jurisdictions as a result, especially when it pertains to the preference of the child. Child advocates have worked hard to ensure that children’s voices are heard during the process. Let’s take a look at how a child’s preferences are incorporated into custody proceedings.

Around the nation, children typically don’t gain a voice in custody proceedings until their teenage years. In California, however, progressive laws such as Family Code 3042 have enabled children to express their custody preference even at a young age.

What are the Types of Custody?

Children and parents may be unaware that under both California and Kern County family law, there are two types of custody, and each type of custody may be solely or jointly kept. Physical custody is what most people think of when they hear the word “custody.” It refers to the living situation of the child; the parent with whom the child lives is the “custodial parent,” and the other parent typically has visitation rights. However, if both parents have “joint physical custody,” the child may split their time evenly between the parents’ residences.

The Family Code 3042 broadly defines a child’s ability to express choice, stating “If a child is of sufficient age and capacity to reason so as to form an intelligent preference as to custody or visitation, the court shall consider, and give due weight to, the wishes of the child in making an order granting or modifying custody or visitation.” This means that any child deemed mature and intelligent enough to clearly express their preference must have their choice taken into consideration.

The Code goes on to set the age threshold at which children are automatically deemed able to express their preference. While those aged 14 and older are considered mature enough to make a choice, the court shall listen to those younger if an evaluation finds that they are making an informed preference. However, even if younger children are precluded from giving testimony, the court must provide a way to assess the child’s preference, such as through an evaluator.

Finally, a judge may never force a child to testify if they don’t wish to do so. If a child doesn’t want to speak in court, the judge may appoint an evaluator, investigator, or mediator to assess the child’s preference (if any) and find any relevant facts that may help with the determination.

What Types of Preferences Can a Child Express?

The child may tell the court which parent they prefer to have custody, and they may also express preferences for visitation (or lack thereof). Many courts will hear a child’s preference for sole custody with one parent, but order counseling, reunification, and other measures to keep the child in contact with the non-preferred parent.

Children may express the reasons for their preference, and these reasons will be weighted according to their bearing on the child’s well-being. For example, if the child believes that one parent is better able to provide access to their preferred school and extracurriculars, judges will weigh that preference more heavily than if a child prefers to live with the parent who has a big-screen TV and pool.

How Is a Child’s Preference Expressed in Court?

Under California law, children do not necessarily have to give testimony in open court. The court determines the means by which the testimony is gathered. The child may disclose to the judge in chambers, or they may speak through a designated evaluator or advocate. Children are permitted to share their preference without the presence of the parents of their attorneys, although attorneys and the court reporter are usually present in chambers. Wherever the child gives testimony, the court reporter will document it, and the court may also permit a listening device for the benefit of the parents and counsel.

Finally, the child may speak directly to the judge or to the divorce attorneys. It is not common for children to be questioned by the parents if the parents have representation. Judges may limit the line of questioning by the attorneys to protect the child from distressing or embarrassing topics.

The Role of Custody Preference in Proceedings

Of course, a child’s preference is not the be-all-end-all of the proceedings. It is one of several factors that will be taken into consideration. The court will evaluate the situation and may determine that an investigation is necessary to discover if the child’s preference is free of external influence. For example, some children may be alienated from one parent due to manipulation, false information, or abuse by the other parent. Others may be psychologically distressed by the family situation and may be expressing a preference not born of sound mind.

Family Code 3042 and California Rules of Court 5.250 provide multiple courses of action should a court suspect that a child has been unduly influenced. These include the ability to appoint a child custody 730 evaluator or separate counsel to the child. These professionals can assess the information and inform the judge of the weight a given child’s testimony might have in the custody determination.

No matter how the testimony is collected or what it entails, it must be fully documented and released to the judge, parents, and counsel. Some information will be kept confidential and on a need-to-know basis. Ultimately, the judge will make the custody determination based on the best interest of the child.

How Can Parents Express Their Custody Preference?

If a parent seeks custody, they must file a formal request for order with the court. They may state that the child has expressed a custody preference to them. This statement will be compared with any testimony collected from the child. Parents should take care to present the facts and rationale for obtaining custody without seeming to pressure or influence the child’s decision.

How Do Judges Make Custody Decisions?

Judges will draw from the testimony of the parents and children who are deemed mentally and emotionally fit to give unbiased information free of external influence. The results of any fact-finding missions by child custody investigators and divorce attorneys will also be incorporated. While no two judges are alike and each is entitled to their own decision-making process as permitted under California and Kern County law, most courts take the following factors into consideration:

If you are seeking a Bakersfield family law attorney, contact Azemika & Azemika for comprehensive counsel on custody, divorce, and all family law matters. We will fight for your family and help you navigate the complexities of custody hearings and divorce proceedings, keeping the best interest of the child at heart. Contact us today for a free consultation and learn how we can protect you and your family.

If you are in the process of filing for a divorce in Kern County, you probably have quite a few questions about spousal support. This

Child Support in California: The Need to Know

No matter the custody situation, both parents of a child usually have financial responsibility for that child. Across the nation, parents must fiscally support a 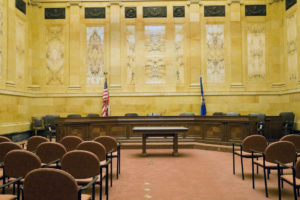 Trial Court in Bakersfield Was Ruled Wrong by Appellate Court

In reversing a Trial Court in Bakersfield, Kern County, California, an Appellate Court has ruled that Trial Court was wrong by allowing depreciation deductions taken