Divorce and Division of Property

When a couple decides to divorce or legally separate, there are many critical issues they must address. One such issue is the division of property and marital assets.

Determining who gets what is often one of the most stressful parts of a divorce. Because the division of marital property can be such a tense issue, understanding California divorce laws can help you be prepared and ensure your rights are protected.

To determine the division of property in a divorce, there are two types of property that must be established; marital property and separate property.

California is known as a “community property” state, meaning that all property, assets, and debts acquired during the marriage are considered marital property, and are subject to an equal division between spouses or domestic partners if they divorce or legally separate.

Separate property refers to any property one spouse owned before the marriage or acquired by gift or inheritance during the marriage. It belongs to the individual spouse and is not typically divided in a divorce.

California law also states that property spouses acquire before a divorce is finalized, but any property acquired after the date of separation is considered separate property.

The date of separation can be a big issue in cases where one spouse earns or spends a significant amount of money right before the divorce. If a couple is unable to agree on a date, a court will decide after considering all the evidence.

Marital property and separate property can change from one to the other through a process known as transmutation. There are several ways this can happen.

First, a couple can agree, before or during marriage, to change an asset that was originally separate property into marital property, or vice versa.  A simple change of the title for the property is not enough. These agreements must be in writing and must clearly state the intention of the parties.

There are many types of assets that can be partially marital and partially separate including retirement accounts one spouse contributed to before and during the marriage, or a business one spouse started before marriage and continued running after marriage.

Distinguishing marital property from separate property can be rather complicated, especially in situations where there is a lot of commingling involved or one spouse owns a business. Couples who cannot decide what belongs to whom will have to let a court determine whether the commingled property should be considered marital or separate.

During the division of property in a divorce, the spouses will usually assign a monetary value to each item of property. If the spouses are unable to agree on an item the court will determine its value.

Naturally, some items are more challenging to value than others. You may need professional assistance to determine the value of antiques, artwork, or retirement accounts.

Division of Property in California

California divorce laws require that the net value of the marital assets be split equally between both spouses.

Spouses can divide assets by assigning specific items to each spouse, allowing one spouse to “buy out” the other’s share of an asset, or by selling assets and dividing the proceeds.

Divorcing couples can also agree to hold property together even after the divorce. This is most common with spouses who want to keep a family home until their children are out of school.

The spouses must also assign all debts accrued during the marriage including car loans, mortgages, and credit card debts to one of the spouses. You should be aware that a divorce or separation agreement is not binding to creditors. This means they may continue to collect any jointly owned debt from either spouse even after the marriage is over.

If the court assigns a debt to one spouse, the other can request the court to put a lien on that spouse’s separate property as security for the payment of the debt.

If you are going through a divorce and are unsure how your assets will be divided, Azemika & Azemika is here to help.

For comprehensive legal counsel on your options during your divorce or legal separation, contact Azemika & Azemika, Kern County Divorce Attorneys. We will provide the guidance and representation you need to ensure your rights are protected. 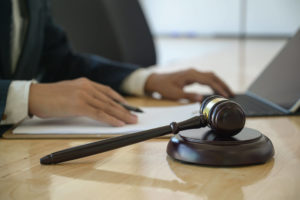 What You Need to Know About California Divorce Law

When love doesn’t end up as “til death do us part,” you need to know your rights. There are many things to consider, both for 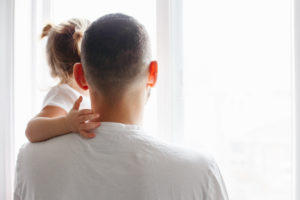 “I want a divorce.” These are the last words any husband wants to hear. It’s inevitable. You’re getting a divorce lawyer, and you have to 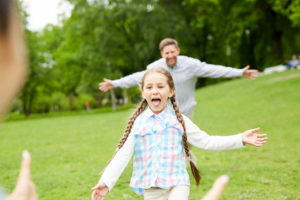 Adoption is a legal agreement under which the foster parents become personally liable concerning the child they adopt and gain all legal parental rights. If