A California Court of Appeals has ruled that wording in a Domestic Violence Prevention Act restraining order that prohibits Father from posting anything about the parties divorce on Facebook is an overbroad and invalid prior restraint on Fathers constitutional right of free speech and must be removed from the order. In the case of Molinaro v. Molinaro, Mother and Father were married in 1997, and they ended up having three children together. On July 11, 2016, Mother filed for divorce. At that time, two of the children were still minors.

On January 6, 2017, Mother filed an ex parte application for a Domestic Violence Prevention Act (DVPA) restraining order against Father. In her supporting declaration, Mother stated that on January 1, 2017, her siblings and friends were helping her move out of the family home, when Father got into a verbal altercation with them. After Father moved his car to block the moving van from backing out of the driveway, Mother called police, who eventually detained Father. Mother then finished moving out. Mother also stated that Father had restrained her from leaving the family home on two prior occasions, and that Fathers erratic behavior had caused her to put locks on her bedroom door out of fear. Father, she said, then told her that if she didnt remove the locks, he would throw a chair through the bedroom window. Mother expressed fear that Father would retaliate after she moved out and reported that Father had already found where she now lived and was posting the address and a picture of the house on the internet.

Mother asked Trial Court to issue a Temporary Restraining Order requiring Father to stay 100 yards away from her and Children and to order Father to attend a batterer intervention program. Mother also sought sole custody of their minor children.

Trial Court declined to order a Temporary Restraining Order, citing lack of sufficient proof, and scheduled a hearing for January 26, 2017. At that hearing, Father sought a continuance, which Mother did not oppose. Mother asked Trial Court to order Father to stop posting everything about the divorce on Facebook and stop giving Children copies of Mothers pleadings. When Trial Court questioned Fathers reasons for giving minor children copies of the pleadings, Father replied that it was his best judgment. Trial Court then advised Father that it would issue an order prohibiting him from discussing the case with the minors. At that time, Father made allegations regarding Mothers behavior, stated that he understood the order, but question[ed] the sanity. Trial Court then clarified that Father was precluded from posting on Facebook any posting that would violate the no-discussion order.

At a continued hearing on February 15, 2017, Mother testified that Father was still posting on Facebook about the divorce case, and had sent police to her home on a wellness check when she was at work. Mother stated that some of Fathers postings accused her of wrongfully removing community property, called her crazy, and claimed she was having hallucinations. Mother also testified that Father sent her and her attorney emails with vulgar salutations and name calling, all of which caused her fear and stress. Mother claimed that Fathers behavior was getting worse and worse. Father declined to cross-examine Mother, but asked that Children be allowed to testify. Trial Court denied that request, granted a three-year restraining order to Mother, and ordered Father to stay 100 yards away from Mother and all three Children, and not to post anything on Facebook . . . in regards to this action.

When Trial Court asked Father if he understood the order, Father claimed not to, called trial judge insane, and claimed that the order lacked evidentiary basis and reason. Trial Court then questioned Mother and Father regarding custody and visitation, but opined that mediation, which Mothers counsel sought, would not be productive at this time because of Fathers behavior. Father then demanded to know what behavior Trial Court was discussing, at which point the bailiff warned Father to stop yelling. In response to Trial Courts order for monitored visitation, Father refused to cooperate in finding a professional monitor. Trial Court then ordered Father to attend anger management classes, which further upset Father, who made several disrespectful and sarcastic comments to Trial Court, to no avail. In a written attachment to the restraining order, Trial Court ordered the parties not to post anything about the case on Facebook and not to discuss the case with the children.

After moving unsuccessfully for a new trial, Father appealed from the restraining order and, in a partially-published opinion, California Court of Appeals reverses in part and affirms in part Trial Courts decisions.

In the published part of the opinion, Appellate Court found that (1) in the case of Candiotti (1995) 34 Cal.App.4th 718, the appellate court held that a custody order that limits parents right to communicate with third parties about custody matters was an unconstitutional prior restraint; (2) here, as there, the part of the restraining order that prohibits Father from posting information about the case on Facebook is overbroad (not narrowly tailored to limit speech that relates to Children or disparaging Mother); and (3) that part of the restraining order is overbroad, constitutes an invalid prior restraint of Fathers free speech rights and must be removed from the order. Therefore, Appellate Court reversed that part of the restraining order with directions to Trial Court to strike it from the order and affirms the rest of the order.

In the unpublished part of the opinion, the Appellate Court found that Trial Courts finding of abuse is supported by substantial evidence; Father forfeited his contention that the DVPA is void for vagueness by failing to raise the issue at trial; and Trial Court did not err by including Mother and Fathers adult daughter as a person protected by the restraining order. 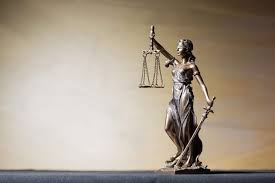 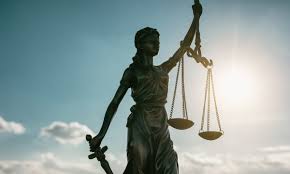