A California Court of Appeals has ruled that Trial Court was not wrong in finding that lack of changed circumstances defeated Mothers request for change of custody. It has further held that prior judges comments regarding what could constitute changed circumstances in connection with permanent custody orders are not binding on the judge who presides over a new request for modification of that order.

In the case of Anne H. v. Michael B., Mother gave birth to Fathers child in 2009. Less than a year later, Father left the armed services, but Mother stayed in. Father moved in with Mother, who was going to law school, and began attending grad school. When Father finished school, he got a job in the Bay Area. Meanwhile, both Mother and Father had sole care of Child for brief periods, while the other was away. During those times, Mothers parents and sister helped to care for Child. Mother completed law school in 2012, and in August of 2012, she was posted to Georgia as a JAG officer. Mother and Father agreed that Child would stay with Father until they could agree on a custody plan.

In February of 2013, Father filed a petition in Santa Clara County Superior Court for full custody of Child. Soon, Mother filed a paternity action in San Mateo County Superior Court and Father dismissed his petition. In August of 2014, after a short trial, Trial Court issued a lengthy statement of decision, in which it awarded Mother and Father joint custody of Child and ordered Child to spend the school year with Father and summer vacations with Mother. This judge based his custody determination on Mothers ability to stay with her parents and other family when visiting Child, the benefit to Child of continued stability in her custody situation, and the likelihood that Mother would be posted to various locations. Trial Court stated that the presence of Mothers family members in the Bay Area was the most significant factor and commented that Mothers family members moving from the Bay Area would constitute a change of circumstances requiring a new analysis of the ongoing custodial timeshare between the parties.

In May of 2015, Mother filed a request for custody modification, seeking custody of Child during the school year, citing her new posting (to last for 5-6 years) and claiming that her parents move to a home near hers in Virginia constituted a change of circumstances under the existing custody order. Mother attached copy of a grant deed showing that her parents and brother had bought a Virginia property, but her parents did not file declarations. Mother also alleged that Father failed to permit her parents to have access to Child. In opposition, Father stated his belief that the grandparents had retained ownership of their Bay Area house and continued to live there. Father denied failing to cooperate with the grandparents requests for visitation, and claimed that Mothers job gave her greater flexibility to visit Child in the Bay Area than his did for visiting Child in Virginia. Father also sought California Family Code Section 271 sanctions of $15,000 to cover the attorneys fees he incurred in responding to Mothers five ex parte (emergency) applications for custody between 2013, and 2014. Father claimed that Mother could afford sanctions of that amount because of her earnings. In response, Mother claimed that she no longer had relatives with whom she could stay in the Bay Area and denied that her financial position was that rosy.

Claiming that Trial Courts denial of custody change was inconsistent with prior custody order and the sanctions order was an abuse of discretion, Mother appealed. Now, in a partially-published opinion, the California Court of Appeals has affirmed Trial Courts rulings. The Appellate Court has ruled that (1) the first Judges comments regarding potential change of circumstances if Mothers family moved from Bay Area are not binding on the next Judge (there is no res judicata [that which has already been decided] or collateral estoppel because those statements did not relate to the issue of current custody arrangements before Trial Court when they were made); (2) the first Judges comments were not the type of ruling that cannot be altered by succeeding Judge; (3) giving binding effect to those comments would mean that succeeding Judges could not consider current circumstances in deciding whether to order custody modification (prior judge could not know what circumstances would be important when modification is requested); and (4) in this case, the second Judges finding of no changed circumstances was not an abuse of discretion (substantial evidence supported Fathers belief that Mothers parents had not actually relocated, insufficient evidence showing that custody change would be in Childs best interests, and many family members remained in Bay Area).

In the unpublished part of the opinion, the Appellate Court has noted that the sanctions request was based on a background of other purportedly litigious conduct by Mother and that sanctions order was justified on the basis that her conduct frustrated settlement. In addition, evidence showed that the $5,000 order was not an unreasonable financial burden on Mother. 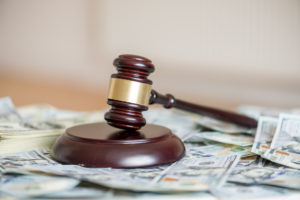 How is alimony calculated in California?

People going through divorce need to know their rights and obligations regarding spousal support. Spousal support is gender-neutral, and you may either be on the 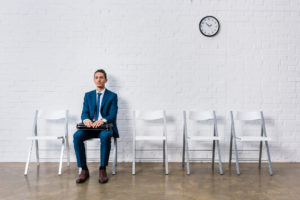 The circumstances of your life are constantly changing, but that doesn’t mean your obligation to pay child support will. California requires both parents to help 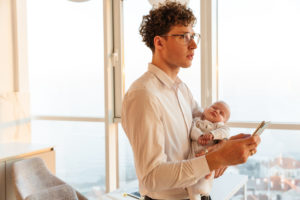 Can paternity results be challenged?

Are you wondering if you can challenge paternity test results to determine if the results are accurate? The short answer is —  Yes. A paternity