Divorce is never an easy situation, especially if there are children involved. Understanding how custody and visitation rights are assigned can help make the process smoother. These two arrangements compose a parenting plan, for which you and your former spouse must provide input. In California, a judge will formalize this plan. Let’s take a closer look at child custody and visitation arrangements.

If you have custody of your child, you hold a set of responsibilities for their care. There are two main types of custody: legal and physical. If you have legal custody of your child, you are responsible for essential decisions in their lives (e.g. medical care decisions, where they attend school, what church they attend), even if they do not live with you. If you have physical custody, the child lives with you for at least part of the year. In general, the parent who spends less time with their child will be ordered to make child support payments to the primary parent.

Divorced couples who may get along at the beginning of their divorce case may not get along as time goes by. Therefore, when you leave the visitation order as “reasonable visitation as mutually agreed upon, the party who has physical custody of the child may not agree to any visitation out of spite.

If a judge determines that one parent may cause distress or risk to a child, or if the child has been estranged from that parent for some time, the court will order supervised visitation. In these situations, a professional supervisor will be in attendance while the child and parent interact. Other reasons for supervised visitation include a parent’s recent criminal conviction and proven drug and alcohol addiction or issues.

How Are Custody and Visitation Arrangements Determined?

During amicable divorce proceedings, both parents can work with the court to determine an appropriate arrangement. For example, if one parent intends to move far away or work long hours, the other parent may receive primary physical custody because they are better able to provide for the child. In many such cases, the parents will split responsibilities as evenly down the middle as possible.

In situations where parents cannot agree on a schedule, the court has reason to suspect that one parent is ill-equipped to care for the child, or if the child of a certain age requests that one parent be their primary caregiver, the judge is required by law to create an arrangement that is in the best interest of the child.

Factors such as the child’s integration into their school or community, special health needs, and the child’s overall age and maturity are taken into account. A child’s preference will also be weighted according to their maturity level and any input from a third-party child advocate. For example, the preference of a child who wishes to live with the parent who supports their extracurriculars will be considered to have more weight than that of a child who wants to live with the parent who feeds them ice cream and pizza.

The court will also evaluate each parent’s ability to emotionally provide for the child. Per California law, neither parent may be granted custody on the basis of their gender. Rather, both parents will be asked about their emotional connection to the child, care for their home environment, and other factors that impact the child’s well-being.

If either parent has a history of abusive or violent behavior, or substance abuse, they may be considered less fit to care for the child. In most cases where one parent has been convicted of domestic abuse charges or in which the child was conceived through rape, custody and unsupervised visitation, if any, will not be granted to the offender.

If a child protective agency has found that one or both parents have engaged in abusive behavior toward the child (or exposed the child to a traumatizing environment), the judge is likely to deny or strictly limit custody and visitation.

Moreover, a parent who misrepresents the behavior of the other parent in order to gain primary custody will likely be denied custody. Child advocates will investigate the claims, and if found to be a lie, the interfering parent is not viewed favorably by the court.

In general, the judge will seek an arrangement that minimizes stress and risk to the child. That means preserving emotional bonds, a stable home and educational environment, and financial support whenever possible.

Can The Custody Arrangement Be Changed?

Parents can request modifications to the custody/visitation arrangement if circumstances change. California courts greatly favor stability and continuity, so any parent wishing to change a parenting plan must provide clear evidence that the requested change would be in the child’s best interest.

By the same token, a parent cannot request modification based on temporary circumstances. For example, if the noncustodial parent is away on a work trip for a few weeks, this cannot be construed as that parent having waived their visitation rights upon their return.

However, if one parent regularly skips out on their assigned visits or shows no interest in maintaining their custody responsibilities, the court may decide to revise the parenting plan and change their visitation rights. (Note that failure to make child support payments does not allow the custodial parent to deny visitation.)

Child custody and visitation arrangements are always developed to serve the child’s best interests. During any divorce proceedings, it’s important to discuss a potential parenting plan. If this is not possible, be honest with the court and any third-party evaluators. Doing so will help the judge order an arrangement that works best for the child. For comprehensive representation in any Child Custody and Child Support matter, call Azemika & Azemika Law. We will fight for and protect you and your family during the separation and divorce process. Contact us today online or by phone 661-322-8166 to arrange an initial consultation with our attorneys. 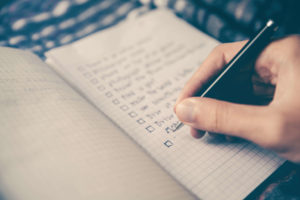 What Should Be Included In A Parenting Plan?

We always want the best for our children, and when going through a divorce it can be a significant task to plan what co-parenting will 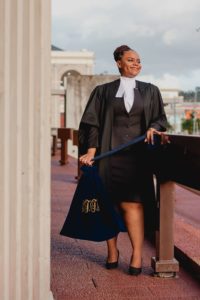 Why Hiring A Divorce Attorney Is So Important

It’s a challenging and difficult task to make any large decision that changes your life, especially when it comes to ending a marriage with someone 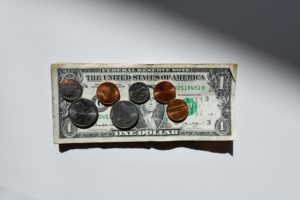 Monthly or Lump Sum Alimony: Which Is Better?

Alimony is spousal support that is awarded in California court that allows one spouse to maintain their quality of living after the divorce. Each case