What Is a “No-Fault” Divorce in California?

In the US, individual states can allow for at-fault divorces or no fault divorce. The former requires the partner filing divorce to provide evidence of fault (such as abuse or infidelity), whereas no-fault divorce has no such requirements.

California is a no-fault divorce state and has been since passing the Family Law Act of 1969, becoming the first state in the country to enact such a law (with many others following soon after).

Why Would You Choose a No Fault Divorce?

Proponents of no fault divorce point out that removing the need to prove marital fault makes divorces more accessible and the process much faster. While not everyone may see this as a good thing, no one can argue that it isn’t helpful for those living in particularly bad marriages.

Under an at-fault divorce, you would need to claim irreconcilable differences and present proof to support it. Essentially, this places the blame on one person and the burden of proof on the other. Depending on the circumstance, evidence can be challenging to present, especially in instances of mental abuse.

Merely wanting the marriage to end is enough to meet the no-fault divorce requirements, even if your partner doesn’t want to separate. If it’s what you want, you can begin the process whenever you like.

What if You Want an At-Fault Divorce?

No matter how unfairly your partner has treated you, California divorce laws don’t allow for at-fault divorces. However, that doesn’t affect the likelihood of you getting your divorce. It also doesn’t mean that marital fault can’t play a role in the divorce proceedings.

Even in a no-fault divorce, marital fault can provide one party with certain entitlements, but only if they can prove their claims. For example, if your spouse abused you and you have a record supporting this, you are more likely to be given custody of your child or children. Likewise, if you have evidence that your partner misused any of your assets, you may be able to recoup them as part of the division of property.

Even though California doesn’t permit at-fault divorces, you should keep records of anything that you think may constitute marital fault (including those you may have committed) and go over them with your lawyer. It’s best to know what may come up as part of the process beforehand so that you can adequately prepare and set reasonable expectations.

The Impact of Fault

There are limited situations where judges will consider fault as part of no-fault divorce. When it comes to custody, courts will always do what they feel is best for the child’s wellbeing. Issues like desertion and abuse are likely to influence who will get custody and the agreement’s terms.

Assets are somewhat more complicated. California treats property acquired during the marriage as being equally owned by both partners and orders as close to an equal division of property as possible in a divorce. One spouse can contest the division, but doing so slows down the process and doesn’t necessarily guarantee a change.

If you didn’t establish a prenuptial agreement before pursuing a divorce, you’ve likely been commingling assets. Commingling means assets owned by two or more parties that have been mixed, making it difficult to establish who owns what. A basic example would be car payments.

Say you owned a car before you were married and had been making payments. However, your spouse begins helping you make payments and, in exchange, is granted use of the car. They have invested in the car, and as a result, it becomes a commingled asset.

Unless you kept records showing your investments and assets separate from your spouse’s, it could be tremendously difficult and tedious to sort these issues out, and ultimately it may boil down to a judge’s decision.

What Are the Requirements to Get Divorced in California?

While you don’t need a specific reason to get a no-fault divorce, the person filing for divorce must have been a California resident for at least six months beforehand. From there, the timetable can vary depending on the separation of assets and any complications related to the process.

Get Help From a Family Law Attorney

Don’t tackle your divorce alone. The advice of a seasoned attorney can make all the difference, even in the case of no-fault divorces. If you’re looking for assistance in filing, let the Azemika & Azemika Law Firm help you through every step of the process.

Our expertise can help you plan the best path forward so you can get started on your new life sooner rather than later. Reach out to us today and see how we work to help you. 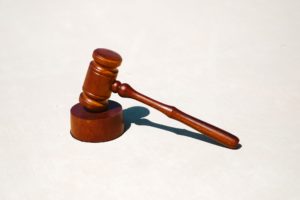 Why Adopt an Adult?

When people think of adoption, most picture a husband and wife holding a young child. It is, after all, their dream of being parents coming 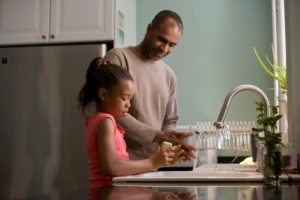 What You Need to Know About Adopting Your Stepchild in California 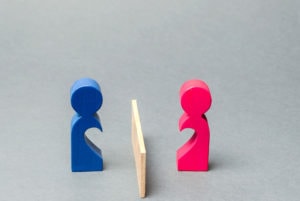 What Am I Entitled to in a California Divorce?

People who seek a fast divorce in California are often shocked by how complex the process of division of property can become. What many expect